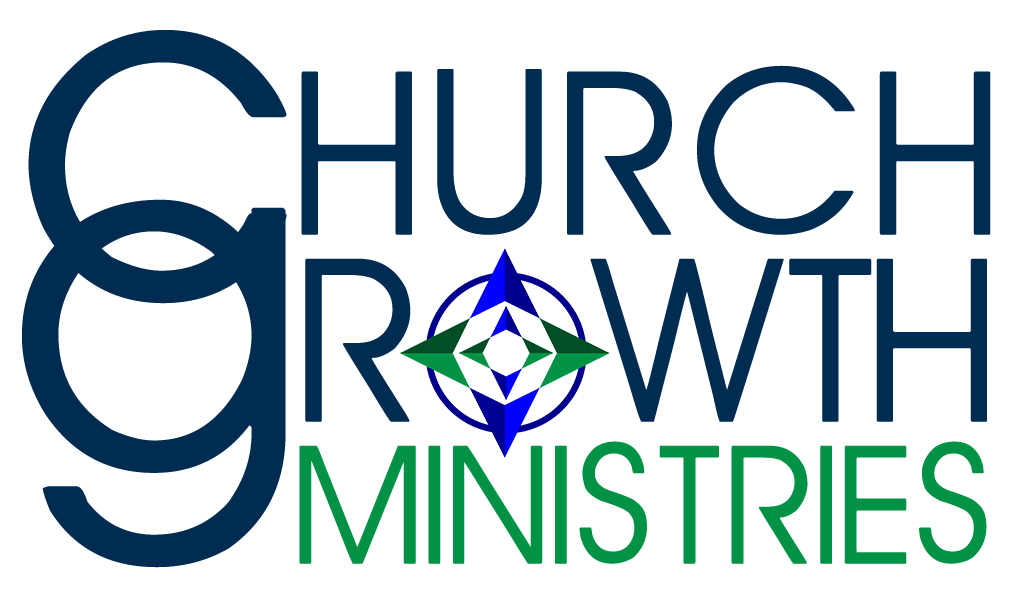 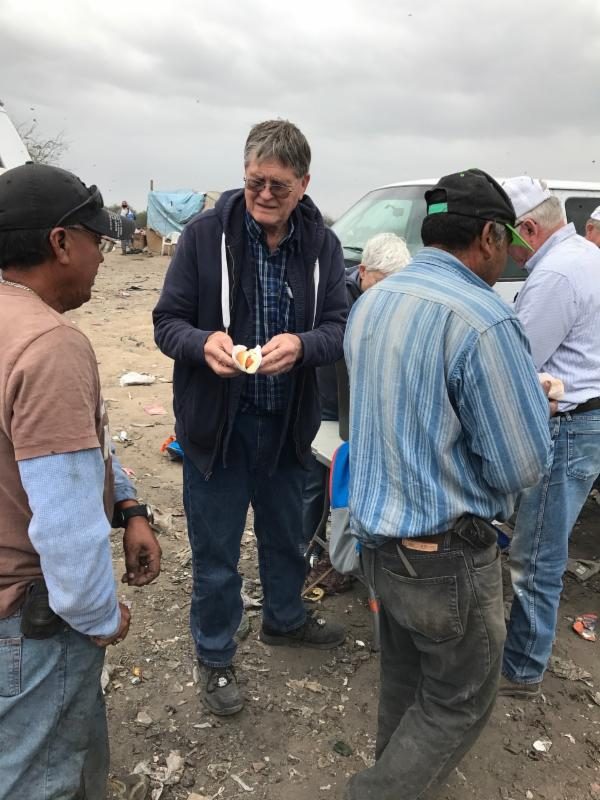 Hi, this is Digger the Gopher, 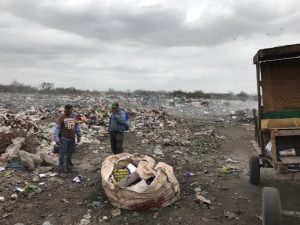 Joe went to Hell last week, well almost, it was a visit to the Reynosa, Tamaulipas, Mexico city dump.  Joe said that he was reminded of the vers 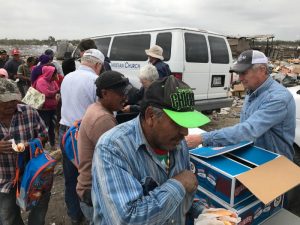 e in Mark 9:48 where Jesus said Hell is the place where “the worm does not die and the fire is not quenched.” He was a part of a ministry group tasked with the mission to feed the hungry at the city dump.  Joe along with the other Americanos were overwhelmed of what they saw and smelled – 14 acres receiving a constant flow of garbage from a city of

1 million. Wind-rows of burning garbage, swarms of flies, clouds of birds, a herd of swine and hundreds of people all rummaging and digging through mountains of garbage. Joe said there was a continual caravan of horse drawn garbage wagons coming into the dump, paying the dump master 50 pesos to unload. Waves of smoke from the burning garbage and the stench of decay carried by the wind continually swept over the dump. Hundreds of people living and eking out a mere existence recycling whatever they could find.  Joe said 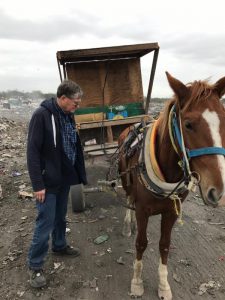 housing he saw was wooden pallets, tin, and a blue tarp providing a makeshift shelter.  No sanitation was visible. Someone said bathing was in the Rio Grande.  Joe said word quickly spread that 3 “houses” recently burned from burning garbage. 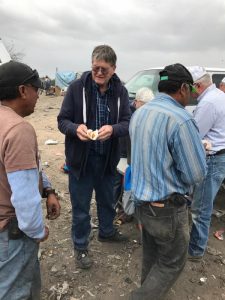 Joe said that 2 church vans found a bare spot in the middle of the dump to park. Two tables were set up, a cooler of 200 hotdogs was set out, a line of at least 80 people quickly formed waiting to be fed. Joe asked

if he needed to use some hand sanitizer before handing out the hotdogs.  The team nurse said “NO” as if to say it wasn’t necessary in the city dump. After the greeting and the prayer, the ministry began.  70 backpacks were given away containing a hygiene package of toothbrush, toothpaste, bar of soap, and a wash cloth. Also included was a gallon ziplock bag of beans and a gallon bag of rice. Joe says he does not know how they were going to cook it. Also included was an 8’x 10′ blue tarp for warmth and shelter.  The 200 hotdogs with a squirt of catsup and mayo were served on a coffee filter in lieu of a paper plate.  They were given a bag of potato chips, two cookies and a cup of water, all in Jesus’ name. The adults often asked for two hotdogs which were gladly given. The elderly women with a cane, young mothers carrying nursing babies with pre-schoolers in tow, and men working in the dump were all gracious and appreciative of what they were being given.  The drivers of the garbage wagons would stop and get two hotdogs and c ontinue on their way to unload.  One very elderly woman found a child’s plastic swimming pool and tied a frayed rope to it and was pulling it around the dump gathering up any recyclable material she could find. 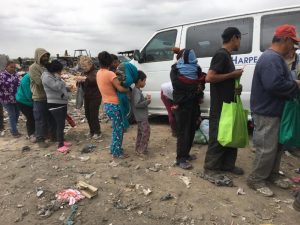 Joe said it was a very humbling experience and made him feel very guilty and appreciative when he came back to the motorhome to a hot shower and a clean warm bed.  Joe said imagines of having to go and live in Hell are hard to get out of his mind.  We are truly Blessed and very rich.

There are a couple more projects that are possibilities but are not scheduled as of yet.